A Tribute to Our Founder

Larry grew up on a 300-acre tenant farm in the small west Texas town of Kress, where he learned the value of hard work at a young age with daily chores such as milking cows, hauling hay and spending untold hours on his father's Ford tractor. This strong work ethic led to a successful high school football career as quarterback for the Kress Kangaroos. He won a scholarship to play football at Texas Tech, where he graduated with an Agricultural Economics degree in 1961. Not interested in a career in agriculture, Larry attended law school at the University of Texas at Austin.

The Beginning of a Legacy

In 1967, Larry partnered with a client to create his first business, the Johnson-Loggins Development Company. The business prospered and was soon acquired by First Realty Investment, a Florida-based public company interested in expanding nationally into residential development. With this new financial backing, Larry turned his sights to creating opportunities across the country. 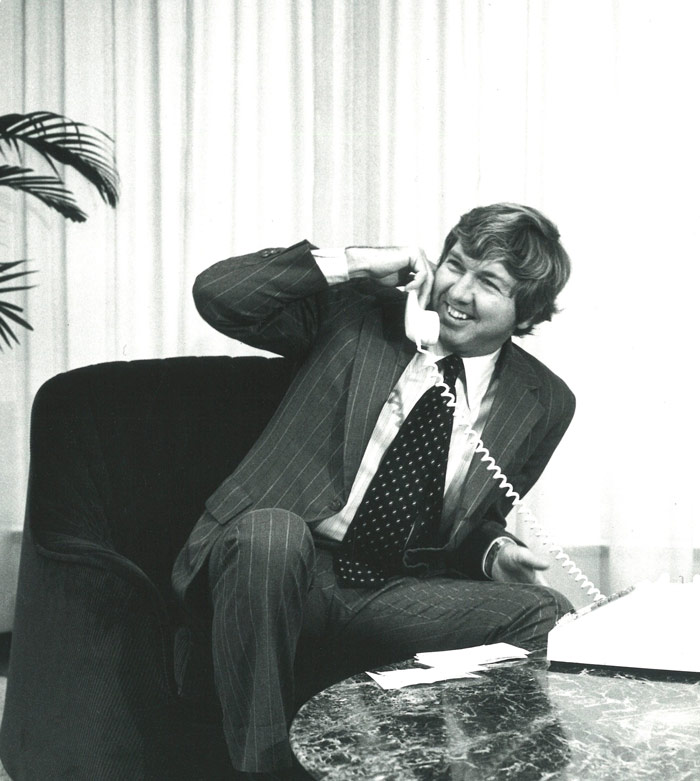 Following these successes, Johnson decided to start his own company, Johnson Development Corp. Beginning with smaller residential developments, Larry skillfully grew his business as he capitalized on the growth in the greater Houston region and other markets. Johnson Development’s first planned community was the 1,000-acre Steeplechase community in northwest Houston. Towne Lake Hills in Atlanta followed in 1986 and Las Colinas at Rialto in Los Angeles the following year. Recognizing the potential of several then-outlying areas in suburban Houston, Johnson Development purchased large parcels of land in Pearland, Missouri City and the extra-territorial jurisdiction of Sugar Land as the company continued residential and commercial development in and around Houston.

In the 1990s, Larry purchased BridgeMill in Atlanta and a 1,000-acre Pearland community from a bankruptcy court that would become Silverlake. Also in the ‘90s, work began on Sienna, a 10,800-acre community in Missouri City. In 2000, the Fall Creek and Berkshire communities opened, followed by Riverstone — a 3,700-acre community with a Sugar Land address — in 1991. Silverlake, Sienna and Riverstone would prove to be a popular trio, all going on to be listed among the best-selling communities in the nation. Towne Lake Hills and BridgeMill were each a top-selling community in the Atlanta market.

At the time of Larry’s passing, Johnson Development had 19 active residential communities in Houston, Austin, Dallas-Fort Worth and Atlanta, representing more than 80,000 residential units, 16.7 million square feet of retail, 47,500 acres of land, and 2 million trees preserved or planted. Following Larry's vision to create communities that are lifestyle-focused, many of these communities have been ranked among the nation's top-selling year after year including Sienna, Woodforest, and Cross Creek Ranch, all three ranked among the nation’s 50 best-selling master-planned communities in a report released by Robert Charles Lesser & Co. the day before Larry died.

Larry long credited the success of his company on the strong relationships he built with his partners and his team of innovators that work at Johnson Development. Just about 100 people work at Johnson Development, and Larry valued each and every one, tirelessly seeking out dynamic, talented and driven individuals he knew were essential to bringing his vision to fruition.

Larry’s formula for master-planned development is paying attention to location, developing in areas served by desirable schools, partnering with highly regarded builders and focusing on people over place. Johnson Development successfully rode the peaks and valleys that have defined Texas real estate over the decades, with a no-nonsense motto of “you have to line up every day.”

A Passion for Charity

Beyond the extraordinary impact he made through Johnson Development, Larry was a man of compassion, extending his tremendous energies to helping others. His philanthropic work included serving as a Lifetime Director of the Houston Livestock Show & Rodeo; University of Texas Health Science Center Development Board Member; Member of the Board of Regents of Texas Tech University and Texas Tech Health Science Center; Board Member of UTHealth Development Board; and member of the Urban Land Institute, Texas Tech Alumni Association, Greater Houston Builders Association, Texas Association of Builders, National Association of Home Builders, Center for Opportunity Urbanism and the Houston Region Business Coalition (HRBC).

Larry's accomplishments did not go unnoticed, and he was honored for his work many times. Among his many accolades are the Houston Business Journal's prestigious Landmark Lifetime Achievement Award, the 2021 Builder Legends Award, the 2018 Scenic Houston Visionary Award, the 2019 West Houston Association IMPACT Award and the 2009 Texas Tech Distinguished Alumni Award.

Larry had many passions — ranching, sailing, flying airplanes, running, hunting, watching Texas Tech football, and traveling the world with family and friends — but his true heart was with his family. He and wife Suzie enjoyed a love story for more than 44 years, marrying on Valentine's Day in 1978. She was his companion, champion, confidant, and the love of his life. Larry's children were his pride and joy and his grandchildren were adored beyond measure. Although quiet by nature, Larry showed his love to them each and every day.

Larry’s life and work has impacted people across the nation. And now — through both his family and his business — his great legacy will live on.